Atmalinga Spiritual Healing is a Hindu holistic healing method practiced by the initiated disciples (disciples who have received the Shiva Deeksha) of His Divine Holiness Sri Nithyananda Paramashivam manifesting the power of spiritual healing for the welfare of all beings. Atmalinga Spiritual Healing is free of cost and helps remove negativities in the physical, mental, psychological and spiritual planes.

Who can join the campaign? All the initiated disciples of His Divine Holiness who have received the Shiva Deeksha and the Atmalinga can become a Atmalinga Spiritual Healer. People who haven't received the Vishesha Deeksha may register here to get initiated and receive their own Atmalinga.

What are the requirements to join the campaign? 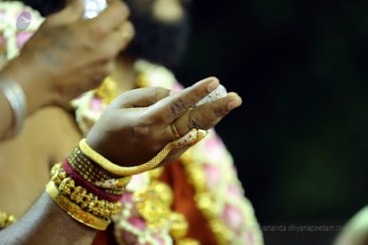 Those who wish to participate in the Campaign will sign up to:

What are the benefits of being an Atmalinga Spiritual healer? 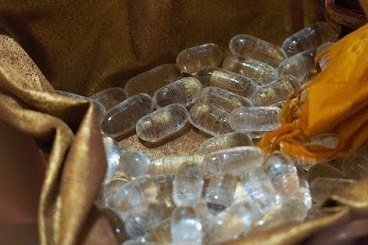 What are the benefits of being an Atmalinga Spiritual healer?

His Divine Holiness Bhagavan Sri Nithyananda Paramashivam is the reviver of Kailaasa – the enlightened civilization, the greatest & only Hindu nation. He is revered, regarded & worshipped as the Living Avatar (incarnation) of super-consciousness by millions. His Divine Holiness manifests all the best contributions Hinduism offers to the world like science of power manifestation, yoga, temple based lifestyle.

His Divine Holiness is the 293rd Guru Mahasannidhanam (Pontiff) of the oldest Shaiva Aadheenam (temple monastery complex) – Madurai Aadheenam; He is the founder of the largest Shaiva Aadheenam – Bengaluru Aadheenam; He is the Acharya Mahamandaleshwar (spiritual head) of Atal Akhada & Mahanirvani Peetha. His Divine Holiness is the founder and spiritual head of Nithyananda Hindu University – world’s largest Hindu University.

He and His Sangha (spiritual community) around the globe is serving humanity by reviving the science of completion, science of Enlightenment and manifesting various extraordinary spiritual powers as per the Vedic Agamic tradition of Sanatana Hindu Dharma. He is author of 350 books, which are translated and published in 500 titles and various international languages.

His Sangha has a strong presence worldwide through numerous Temples, Adheenams (temple monastery complex), Gurukuls (Vedic schools), universities, goshalas (cow shelters) established by Him. His live Satsangs (spiritual discourses) every morning (8am IST) are viewed by people from all countries around the world.